We hope you enjoyed reading the last two books as part of our June/July book club.  With people away on holiday we have taken a break from book club meetings and are looking forward to our next virtual book club on ZOOM in September! Watch this space and connect with us on Twitter, Facebook and Instagram to find out more and to join the discussion!

Our title for August/ September is ‘The Vanishing Half’ by Brit Bennett. 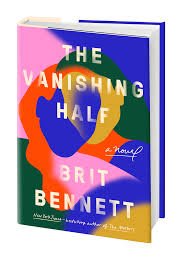 ‘The Vanishing Half is an utterly mesmerising novel. It seduces with its literary flair, surprises with its breath-taking plot twists, delights with its psychological insights, and challenges us to consider the corrupting consequences of racism on different communities and individual lives. I absolutely loved this book’ Bernardine Evaristo, winner of the Booker Prize 2019.

About ‘The Vanishing Half’
The Vignes twin sisters will always be identical. But after growing up together in a small, southern black community and running away at age sixteen, it’s not just the shape of their daily lives that is different as adults, it’s everything: their families, their communities, their racial identities. Ten years later, one sister lives with her black daughter in the same southern town she once tried to escape. The other secretly passes for white, and her white husband knows nothing of her past. Still, even separated by so many miles and just as many lies, the fates of the twins remain intertwined. What will happen to the next generation, when their own daughters’ story lines intersect?

Weaving together multiple strands and generations of this family, from the Deep South to California, from the 1950s to the 1990s, Brit Bennett produces a story that is at once a riveting, emotional family story and a brilliant exploration of the American history of passing. Looking well beyond issues of race, The Vanishing Half considers the lasting influence of the past as it shapes a person’s decisions, desires, and expectations, and explores some of the multiple reasons and realms in which people sometimes feel pulled to live as something other than their origins. (Source: Amazon.co.uk).

In the wake of the Black Lives Matter movement and the death of George Floyd, “The Vanishing Half” has resonated with readers for its timely narrative of how twin sisters take different paths as Black women based on their racial identity.

The novel is leaping from the bestseller list onto the screen.  HBO recently won an auction in which 17 bidders were vying for the right to adapt the book. With plans to turn it into a limited TV series with Bennett onboard as executive producer, HBO won the bidding war with a low seven-figure deal.  (Source: Los Angeles Times)

About the Author:
Brit Bennett is an American writer based in Los Angeles. Her debut novel The Mothers (2016) was a New York Times best-seller.  Her second novel The Vanishing Half (2020) was also a New York Times best-seller and was chosen as a Good Morning America Book Club selection.  Bennett was raised in Southern California and received an undergraduate degree in English from Stanford University.  She later attended the University of Michigan for her M.F.A.   She also studied at Oxford University.

Happy reading everyone!  Remember to share your feedback on the poll below and drop us a line with any other books you would like us to feature here. 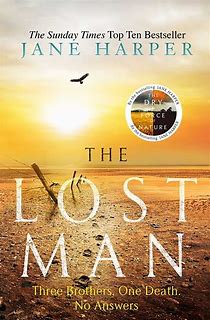 ‘The Lost Man’, by the author of the Sunday Times top ten bestseller, ‘The Dry’, tells the gripping tale of two brothers in the Australian outback.  It is a favourite of Wimblecomm’s Susanne who felt the book’s references to social and physical isolation in the harsh Australian outback might resonate with readers at this time.

The two brothers meet at the remote border of their vast cattle properties under the unrelenting sun of the outback.  In an isolated part of Australia, they are each other’s nearest neighbours, their homes hours apart.

They are at the stockman’s grave, a landmark so old that no one remembers who is buried there.  Today, however, the shadow it casts was the last hope for their middle brother, Cameron.  The Bright family’s quiet existence is thrown into grief and anguish.

Something must have been troubling Cameron.  Did he choose to walk to his death?  If he didn’t, the isolation of the outback leaves few suspects… (Source: Amazon UK).

Jane Harper is an award winning Australian author known for her crime novels and international bestsellers The Dry (her debut novel), Force of Nature, and The Lost Man.  She is currently finalising her fourth novel which is available for pre-order and due to come out in the UK in early 2021.

We hope you enjoyed reading this book.  It’s not too late to give it a rating, just use the poll at the top of this page and make sure you enter the title you are rating. 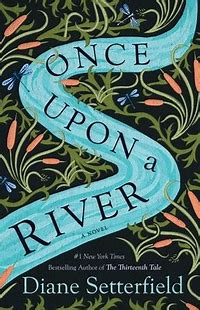 On a dark midwinter’s night in an ancient inn on the Thames, the regulars are entertaining themselves by telling stories when the door bursts open and in steps an injured stranger.  In his arms is the drowned corpse of a child.  Hours later, the dead girl stirs, takes a breath and returns to life.  Is it a miracle?  Is it magic?  And who does the little girl belong to?  (Source: Waterstones).

‘Once Upon the River’, an exquisitely crafted, multi-layered mystery brimming with folklore, suspense and romance, as well as with scientific curiosity of the Darwinian age, is as richly atmospheric as Setterfield’s bestseller ‘The Thirteenth Tale’.

Diane Setterfield is a British author whose 2006 debut novel, The Thirteenth Tale, became a New York Times No. 1 best seller.  She won the 2007 Quill Award, Debut author of the year, for this novel.

We hope you enjoyed reading this book.  It’s not too late to give it a rating, just use the poll at the top of this page and make sure you enter the title you are rating. 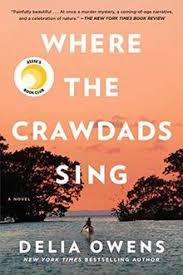 The first book we read in our new Wimblecomm Book Club was ‘Where the Crawdads Sing’ by Delia Owens.

The inaugural book club discussion was hosted on our Facebook page and later moved to a Zoom web meeting to enable better engagement between the participants.

There was a lively discussion about the story line and main characters.  Everyone seemed to have really enjoyed reading the book and the average score given was a whooping 8 out of 10!

Jackie, from the Wimblecomm Team, shares the following recommended reads – in case you have time for more…

‘This is an American female author who I would never have come across had it not been for the only reading app. Libby. The software makes suggestions for you, and I happened on these books due to that option.

She has three separate series with very strong  protagonists  – an Arizona based female sheriff, Joanna Brady; a Seattle based DI J P Beaumont and an Arizona based  owner of a cyber security company, Alison Reynolds.

All the books are fast-paced adventure/crime thrillers with a very strong sense of place. Due to these books, I have Arizona and Seattle on my wish list for travel in the future.’

‘I have read my way through all of them on Libby. They are beautifully written books, again with a very strong sense of place, just like the TV series. It’s interesting to compare the original characters with those portrayed on TV. There’s no conflict in doing both, because the stories are not faithfully represented by the TV production company, and in fact the TV stories have gone way beyond the books.’

We are delighted to launch the new Wimblecomm Virtual Book Club!

Every 6 – 8 weeks we will introduce a new book, inviting you to join a live discussion on the Wimblecomm Book Club Facebook page.

Our inaugural discussion will take place on Thursday, 14 May, from 7pm to 8pm.

Check out our FB Virtual Book Club page to find a list of questions, polls, and to leave your comments and feedback anytime before and during the live discussion.

Our first book is ‘Where The Crawdads Sing’ by Delia Owens.

‘For years, rumours of the Marsh Girl have haunted Barkley Cove, a quiet town on the North Carolina coast.  So in late 1969, when handsome Chase Andrews if found dead, the locals immediately suspect Kya Clark, the so-called Marsh Girl.  But Kya is not what they say…’

Word games to keep you busy!

Search for a space

See what's coming up in your area

We'd love to hear from you!

Change Location
To find awesome listings near you!
We use cookies to ensure that we give you the best experience on our website. If you continue to use this site we will assume that you are happy to accept cookies and our terms and conditions of usage.AcceptNoRead more