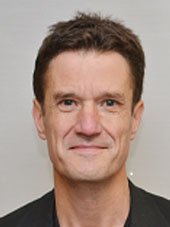 David became Chair of the Wimbledon Community Association (WCA) in September 2012 after providing unpaid support to the previous secretary, staff and trustees during the preceding 6 months when the old centre at St Georges Road had to be closed.

Working with the new secretary, trustees and now our new Community Development Executive, the team has refocussed the WCA on its new mission to support people letting and hiring community space in Wimbledon and the surrounding area.

David is a local resident who grew up in Wimbledon and returned to the area in 1993.  He and his family have been supporters of many local community organisations and events.  Other local voluntary roles have included Chair of Finance & Development at Wandle Housing Association (1999 – 2009), Secretary of the Dons Trust (2012 – 2015) and various committee roles at Carlton Theatre Group (2008 – 2014).

In his paid employment, David is an economics graduate and CIPFA qualified accountant who is now self-employed having spent most of his working life in the field of social housing, primarily offering financial and strategic support and advice to various organisations including government bodies, councils, housing associations and tenant groups.
Email: Email David

Jenny has recently moved to Wimbledon to join well-established family in the area and is very much enjoying the community in her semi- retirement. She has  a background in education, and has spent many years as a teacher of 4-18 year olds, a fair number leading schools in and around Essex and enjoyed helping with numerous  projects and developments. Currently she works with several schools in a governance capacity.

Jenny has joined Wimbledon Community Association as a Trustee. She will bring some of her leadership skills and considerable experience of working with people and communities for the benefit of WCA, providing the team with invaluable strategic input in the setting of the overall direction of Wimblecomm and its charitable service to communities in Merton. She is confident that her willing and energetic approach will be useful in serving the charity in whichever ways are deemed useful.

Jackie was born in Stoke-On-Trent. After graduating in European Business Studies, she moved to London and followed a career as an accountant, settling in Wimbledon in 1995 with her husband, James.

In 2012, Jackie became Stage Manager for Carlton Theatre Group, which is a key member of WCA. She was appointed Secretary to WCA later that year and became a Trustee in November 2020. 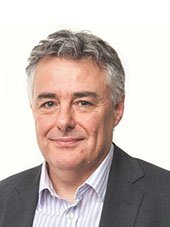 Karl became a trustee of the WCA at the end of 2021. A local resident, he grew up in Mitcham and has lived in Morden since 1988. He is currently also treasurer of Morden Park & Playing Fields Association and a director of William Morris House, a meeting venue on The Broadway in Wimbledon.

Before he took early retirement in 2021 Karl worked for more than 30 years as a journalist, editor and publisher, after graduating in physics and spending a few years as a research student working on nuclear fusion.
Email: Email Karl 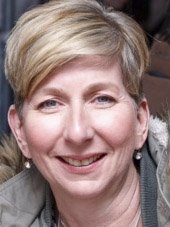 Susanne undertook a vocational business program with the Chamber of Commerce prior to studying Business Economics in Frankfurt, Germany.  Having lived and worked in Frankfurt and Hamburg, Susanne relocated to Melbourne, Australia, where she worked in Human Resources and completed a post-graduate HR Management degree at Deacon University.

Susanne and her Australian husband relocated to London where she worked for several Consultancy and Financial Services firms; primarily in Global Deployment and EMEIA HR Management/Organisational Development roles.

Susanne and her family have enjoyed living in Merton for 10+ years.  She joined Wimbledon Community Association as part-time Community Development Executive in May 2016.
Email: Email Susanne