Thoughts on the Monarchy and Social Responsibility 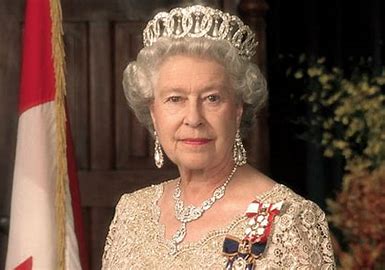 As the dust settles on an extraordinary few weeks, in the national psyche I have been pondering over the impact on how it made me feel and the legacy of institutions such as our own here at the WCA.

I can’t claim to be a huge monarchist but equally I couldn’t but be moved and fascinated by some of the pomp, ceremony and solemnity surrounding the Queen’s death.  I watched some of the events on TV including parts of the funeral and felt a strange sense of pride in the reverential national bonding which took place but also a sense of bemused bewilderment at the events which were so meticulously organized by both the Palace officials and indeed the BBC with its coverage.

As an interested follower of The Crown TV series the admittedly dramatized version of incidents surrounding Her Majesty’s life since her accession gave a more personal angle on what life might have been like during her reign.

And whilst there are many things wrong with the way we do things in this country, the presence of Queen Elizabeth II over the last 70 years has provided a constancy against the frequent changes in our political leadership.  Her sense of duty right to the end is quite inspiring.

Whilst the Royal Family are of course incredibly wealthy and privileged and their behaviour at times has been less than regal, the Queen did in the main represent the best of British values and if the TV series has any validity to it, sometimes acted as a useful counterpoint and moral compass to the excesses of some of our politicians.

I suspect it will be one of those things that many of us will remember where we were when we heard of her death.  Speaking personally, I was just about to leave the house for the dress rehearsal of An Inspector Calls which was performed during the whole of that historic week at Wimbledon Theatre.

I was fortunate to be cast again as a supernumerary in the local performances of Stephen Daldry’s version of the play written by JB Priestly in 1945 about the excesses and sense of entitlement of the ruling classes just before the First World War.  It is a potent and constant reminder to people in power to act with social responsibility.

The Stephen Daldry version, first performed in 1992 just after the end of the Thatcher era, is regularly resurrected with the play being a standard text on the school curriculum.  This production, being led expertly by Associate Director Charlotte Peters actually commenced its 9 month tour at our local theatre and the timing of it, coinciding with the change in monarch and political leadership couldn’t have been more apposite.

Our new monarch, King Charles III, at 73, will have considerably less time on the throne of course, but given his propensity to speak out on key issues in the past, (for example on environmental matters which now urgently concern all of us on the planet), it is hoped he will also act as a strong counterpoint and remind our government of its need for social responsibility in his weekly meetings with our new Prime Minister.

Sadly, I have witnessed too many incidents in recent years of big business and bankers’ greed (utility companies in particular) as well as government incompetence (for example the current state pensions ‘shambles’) which need to be challenged and I personally have grave concerns over the announcements of the Government’s new economic strategy given the cost-of-living crisis. It will be interesting to see whether the King chooses to challenge some of this behaviour more publicly than his mother.

At a local level we all have our part to play in trying to act with social responsibility and I am proud of the work we have done at the WCA and with Wimblecomm over the last decade since Jackie Chapman and I got involved seeking to make Merton a happier, kinder and more connected community.  It was 10 years ago at the AGM on 26 September 2012 when we took on our current roles (Jackie has since become a trustee as well).

One of our more recent trustees Jenny Burrett, decided to seek residency in Spain and resigned earlier this year and we thank her for her contribution while she was with us.  Fortunately, Karl Schneider who joined us last December is continuing and the two of us enjoyed contributing to the recent Merton Heritage Day, which gave us an opportunity to share the rich history of the WCA which also dates back to just after World War II.

The trustees have been spending time recently considering our future strategy as well as connecting with some of the relatives of the charity’s founders and will be reporting again here on that soon but in the meantime do continue to connect with us locally at this interesting time in our nation’s future.