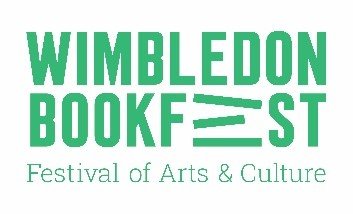 Most of you will be familiar with the much loved Wimbledon BookFest which is now in its thirteenth year!  If you have or had children in Merton primary schools you may even had the pleasure of accompanying them on a school trip to the Festival tent on the Wimbledon Common… I for once have very fond memories of listening to Wimbledon author Michelle Paver and seeing my kids’ delight in getting their books signed by her.  Another year saw us all listening in awe to the adventures recounted by Steve Backshall from Deadly 60, feeling relieved to sit in The Big Tent in Wimbledon and nowhere near the frightening creatures so vividly described…

Read on to learn some key facts about the festival and its history, the headliners for this year and, most importantly, where to find the events schedule and how to get your tickets!

Wimbledon BookFest is a not-for-profit organisation which runs a year round Word Up Education Programme borough-wide in Merton, across all socio-economic groups with local schools which aims to harness the power of reading, writing and literature to improve the educational opportunities of children and young people in South London.  Over 70 schools, from the state, independent and SEN sectors in Merton and neighbouring boroughs take part in the Festival every year.  Its principal sponsor is The University of Roehampton.

The Festival was founded in 2006 by Fiona Razvi and Tony Kane, who were both immersed in the arts community working for local magazine Time & Leisure, and first held in 2007. They founded the charity Wimbledon Arts to run the organisation.  The Festival’s aim is to develop the role of arts and culture in the area and it works with local partners including community groups, schools and businesses to do this.  It embraces all art forms in its programming and is keen to showcase and nurture new local talent as well as bringing in external talent. The festival aims to build on its growing reputation as a festival that embraces the arts in all its forms.

The Festival returns from 3 to 13 October with a vibrant programme of talks, debates and workshops showcasing literary names, politics, current affairs, sport, film, music, children’s events, comedy and much more in the Big Tent on Wimbledon Common.

History lovers will welcome Ed Hussain, Tom Holland, Sir Max Hasting and William Dalrymple who tells the astonishing story of the East India Company. Katie Hickman recounts the forgotten stories of the intrepid women who journeyed to India centuries ago, the subject of her latest book She Merchants, Buccaneers and Gentlewomen.

BookFest is keen to share perspectives on issues that affect us today and one of the key strands of this year’s festival is climate activism. Sustainability expert Mike Berners Lee will offer practical advice on how we can avoid climate calamity, drawn from his book ‘There is No Planet B.’ Fashion journalists Dana Thomas and Lucy Siegle investigate the damage wrought by fast fashion and the grassroots high-tech global movement fighting to reform it. BookFest has partnered with the independent climate change magazine It’s Freezing in LA to host a series of events including an interview with Gonzalo Herrero Delicado, Curator of the upcoming Royal Academy exhibition Eco-Visionaries, a film screening and an evening of poetry.

TV personality and maths enthusiast Johnny Ball tells the history of the colourful personalities and remarkable discoveries that shaped mathematics and sets the audience some challenging maths questions.

The Festival is delighted to welcome Sir Trevor McDonald on the publication of his autobiography ‘An Improbable Life.’

The Festival’s closing event will be Nadiya Hussain discussing her heartfelt memoir Finding My Voice.

Set on Wimbledon Common, close to Wimbledon Village, a specially commissioned Big Tent seating up to 550, an intimate William Morris themed marquee and The Robert Graves Gallery provide the focal point for the Festival.

I am sure you will agree that there is something for everyone in this year’s jam packed festival programme – the main challenge being which event(s) to pick!

To help you decide, and for more information and tickets, head over to: www.wimbledonbookfest.org.


A final word: The Wimblecomm Team is always keen to hear from people who would like to see their blog article published on our website.  If you are attending any of the Wimbledon BookFest events this year and would like to send us your event review blog, please submit your copy by email to: MAILTO:general@wimbledoncommunity.org.  Note: Wimblecomm reserves the right to not publish and/or edit submitted content before publication.