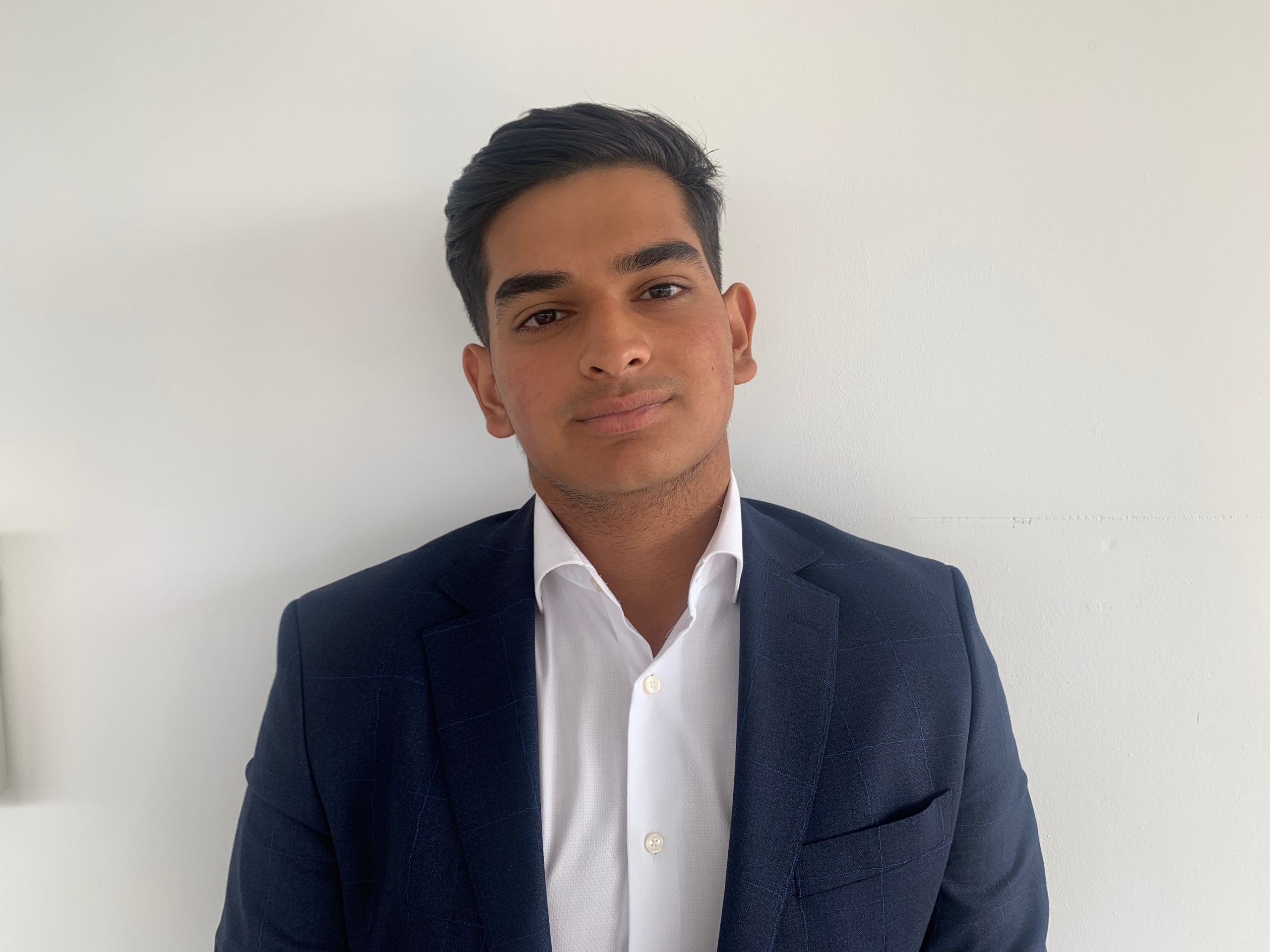 Zak Dada, straight A* student, launched and organised community support group Merton Mutual Aid in response to the Covid-19 Pandemic. The thousands of volunteers that got involved organised deliveries and took over everyday duties such as shopping to support isolated people across Merton. I caught up with Zak to find out what inspired him to start Merton Mutual Aid, what the future of Merton Mutual Aid looks like, and what his future looks like.

Genevieve EF: What were you doing before the Covid-19 Pandemic?

Zak Dada: Before the COVID-19 pandemic, I was a student at Ewell Castle School in my final year of A Levels. I was studying English Literature, History, and Politics and had received offers to study Law from top universities.

GEF: What made you want to take action when Covid-19 hit?

ZD: At the start of March, we realised that it was not a matter of if, but when the UK was to follow other countries into lockdown. I saw other Mutual Aid groups springing up so in mid-March I figured I would also create one to provide support to those in need in Merton. At that time, school still had not been cancelled, so for the first week I was attempting to balance both school and Merton Mutual Aid, but school was soon cancelled which gave me ample time.

GEF: What was your involvement with Merton Mutual Aid?

ZD: I managed the main email account ensuring that all incoming requests followed the right paths and were followed up upon completion. This allowed us to continuously assist hundreds of people on a weekly basis. I was admin of over 60 WhatsApp groups where I kept track of requests, answered questions, and led over 2000 volunteers at the peak of lockdown. I managed the Funds and Grants team who looked after local groups in need of funding, and we raised over £23,000. I also ran the Procurements team who worked with large companies such as Nestle and Lush who donated thousands of products to South West London hospitals and foodbanks. I was also awarded a £10,000 grant to fight against digital poverty affecting disadvantaged children during the pandemic and supplied 56 laptops to the Dons Local Action Group ‘Keep Kids Connected’ appeal. Finally, I organised hundreds of collections of food and toiletry parcels per week to give to the incredibly grateful NHS Hospitals and Wimbledon Foodbank.

GEF: You certainly kept busy! It sounds like you had a great team around you too; how did you manage to build such a large team of volunteers in such a short space of time?

ZD: In the first 3 days, we got over 1000 members in our Facebook group and this grew thanks to local media publication, support from local figures, and leaflets posted through doors.

GEF: What do you think attracted people to volunteering with Merton Mutual Aid?

ZD: In a time of global unprecedented chaos, I think it was natural for people to want to help in the best way they could. During the lockdown, I was amazed to see people’s huge efforts to charitable causes. Some individuals poured well over full-time hours into assisting people. Super volunteers like Syebvonne Nguyen come to mind…She was working diligently to assist the NHS and now provides masks to underprivileged children under her new project Little ARK (Acts of Random Kindness.)

GEF: What is the succession plan for Merton Mutual Aid moving forwards, and will you still be involved?

ZD: Work relating to Merton Mutual Aid largely stopped come July with the relaxation of the lockdown, so I decided to leave the groups in their current state with minimal interference. This means they will be able to quickly mobilise in the case of a second lockdown. With this looking increasingly likely, I’ve started to consider what this means for Merton Mutual Aid. At present, I am unsure about what my involvement in this will be seeing as I am currently in full-time education and part-time employment.

GEF: You have already done a considerable amount for the people of Merton, so that is understandable. What has your experience of running Merton Mutual Aid taught you?

ZD: It has taught me a tremendous amount and it is hard to boil it down to a few lines. Seeing the average person step up to help their neighbours during the pandemic has taught me to trust in others, and I respect all that they have done. It has also taught me how to work and coordinate with other groups, like charitable organisations and councils, to a high standard to ensure efficiency. In addition to this, it has shown me that sometimes you must ignore red tape/bureaucracy during times of need lest little work gets done.

And arguably most importantly, it taught me the qualities of true leadership which allowed me to lead over 2000 volunteers through an organised structure of Ward Organisers who allowed MMA to remain as decentralised as possible, whilst maintaining some centralisation to support the NHS and local foodbanks.

GEF: Your achievements with Merton Mutual Aid have seen you receive a Points of Light award from the Prime Minister Boris Johnson. How does that feel?

ZD: Whilst I did not expect nor actively seek recognition for the work, I must admit it feels really great to be recognised for the work by the Prime Minister, as well as the London Mayor and the Jack Petchey Foundation. I feel it’s also important to state that the awards I received are representative of the group as a whole and not just myself and my actions.

GEF: Merton Mutual Aid was highly successful in catering to the needs of those in need. Have you done any other voluntary and/or community works since?

ZD: I started the London Furniture Collective to continue the great work being done for the community after the COVID pandemic. The collective attempted to provide furniture to those in need and in temporary accommodation.

GEF: You have already started two incredible initiatives to help the local community. What would you say to another young person who wants to do something positive for the community but doesn’t know how?

ZD: I would say to look for opportunities in your local area and don’t think that you won’t be taken seriously on account of your age. With MMA, I was never once looked down on due to my age but only well-received. I was quite disappointed to see a lack of youth engagement with Merton Mutual Aid and I hope this changes in any case.

GEF: What would you like to see more of in Merton moving forwards?

ZD: I would like to see more community initiatives that aim to redress the huge disparity between areas of Wimbledon and areas of Mitcham and Morden which remained clear during my time with Merton Mutual Aid. Whilst we received tremendous support from the richer Wimbledon areas, it was harder to find support in Mitcham & Morden.

Running Merton Mutual Aid was Zak’s first experience of volunteering, and he is now proud to say that he loves Merton thanks to the support that he found within the borough. As he returns to his studies, he summarises his Merton Mutual Aid experience as follows. When I first started MMA, I could not imagine what it would end up as, nor what I would have achieved in the following months, but I remain ever proud of the work conducted. We wish Zak every success in his Law studies and remain thankful for all the work that he has done for Merton in recent months. He has proved to be a great young leader, and we hope that his story can inspire us all to start with what we have today, regardless of our age.

Visit the official Merton Mutual Aid website here to get involved with them and see how you can contribute to the group’s future.