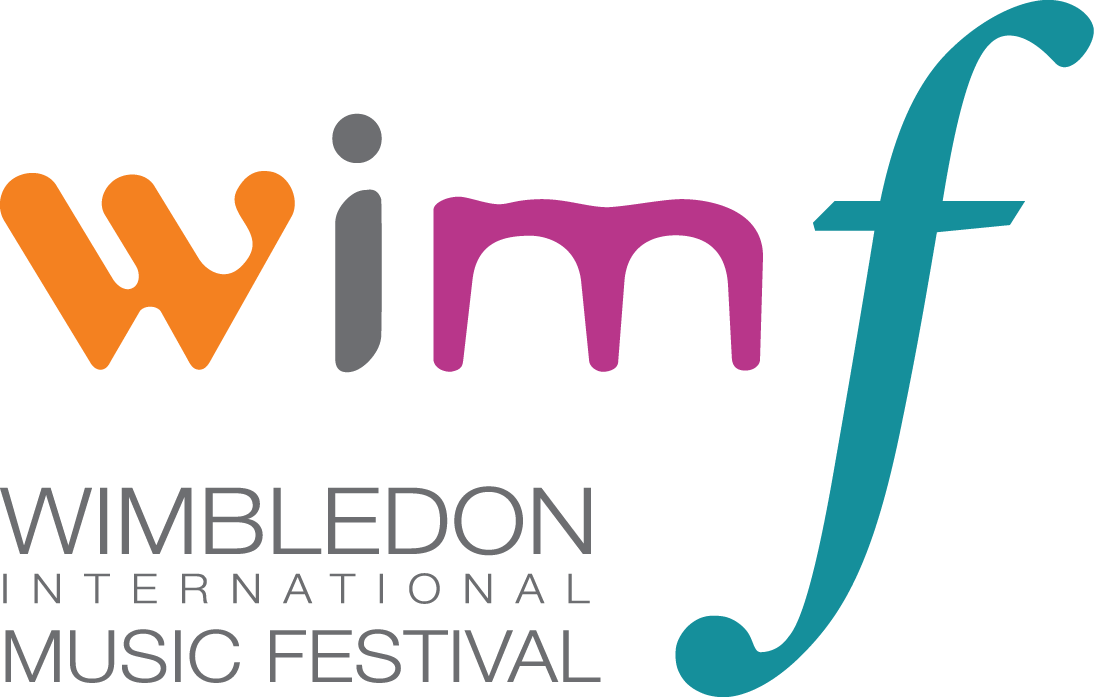 The Wimbledon International Music Festival is an annual celebration of live music that brings a selection of top-quality musicians from around the world into our community to perform a series of concerts. Below, Festival Director Anthony Wilkinson speaks to Genevieve and Susanne to discuss the festival in more detail and share why it is so important to the community. In our conversation, he describes classical music as a great gift for people’s souls and encourages people of all ages to get involved in this year’s WIMF commencing on Saturday 9th November 2019.

There’s quite a story behind the birth of WIMF. On your website you state that WIMF wasn’t planned but instead just happened. Tell us more…

I always prefer to look forward than to think back, but it is true that the Wimbledon International Music Festival happened by chance rather than design. I have been lucky to be reasonably well connected with musicians, and from my experience of working with many of the greatest musicians in the world during my BBC days, I offered to help a small church festival by reaching out to my contacts to help promote that festival which took place on St John the Baptist’s Feast Day in June.

However, the best international musicians tend to have larger fees than others, so the original idea was dropped because it was considered too much of a risk. A number of fine musicians had already offered dates [as well as reduced fees to help] so I felt obliged to honour those commitments. As June was considered a difficult month for a major festival, because of the approaching Tennis and many local people going away on holiday, I looked for another time of year.

The festival period was chosen to embrace St Cecilia’s Day so are there any other religious connotations behind Wimbledon International Music Festival?

My first choice was for the first two weeks of October [with its longer daylight] but this had been taken the previous year by BookFest. Then I suddenly realised that St Cecilia, Patron Saint of Music [she sang while she was tortured to death], was on November 22nd – the same as composer Benjamin Britten’s birthday – seemed too good to pass up as a promotional opportunity.

My idea, to mark St Cecilia’s Day with a Merton-wide music making was shelved in the first year as being too complex to arrange at the same time as setting up a major festival with international artists.

However, we have since had several major community activities on November 22nd – a huge production of Britten’s Noye’s Fludde with nearly 300 local children and amazing animal puppets from the Wimbledon College of Art. Another year we had a recorder day with more than 200 children participating, and last year St Cecilia was honoured with a daylong concert of children from Merton performing jazz, on steel drums, and singing. The Festival has been helped with these activities by the wonderful people of Merton Music Foundation, and a helping grant from the Arts Council England.

The festival was founded in 2009 so last year was your 10th year anniversary. How did you celebrate the occasion?

The first Festival took place in 2009, so our special tenth anniversary saw some amazing artists from across the globe, including American cellist Zuill Bailey who recorded the Schumann Cello Concerto with the Philharmonia Orchestra, which was released in the USA recently and went straight into the classical charts at Number One! This was a WIMF production, taking the festival name to the USA and other parts of the world.

Other recent achievements have been our commissioning of a major dance score inspired by Picasso’s painting ‘Three Dancers’ to be seen in Tate Modern. This was choreographed and performed by the Rambert Dance Company and has now been performed several times at Sadler’s Wells and featured in Rambert’s tours around the world. And our production of Stravinsky’s ‘Petrushka’ with Russian pianist Mikail Rudy toured major festivals in the UK and abroad.

Speaking of line-ups, how do you select your artists each year?

I’m a great believer in LIVE music – very different from hearing music on iTunes or on the radio. Southbank currently have a slogan that reads “You’ve not heard it until you’ve heard it live.” A recording can be made up of many skilfully edited sections, whereas a live performance develops as a whole. It is special to be directly in the presence of the artist who is playing for ‘you,’ among the audience. The ‘sound’ of live music is altogether different. To hear a great choir live in Sacred Heart can be thrilling. This year there is Haydn’s extraordinary The Creation, with the Academy Choir, the London Mozart Players and three soloists of tip top quality. Exciting!

When I am selecting artists, I try to hear everyone in a live concert situation. This means I am often out at night, and it cuts into one’s social life – yet it can be a great joy of discovery. Among this year’s artists, I first heard German violinist Christian Tetzlaff six years ago at pianist Lars Vogt’s wonderful music festival in the Ruhr Valley. This year’s Artists in Residence, Hugo Ticciati and O/Modernt Ensemble I heard in Stockholm three years ago and have been following them ever since.

I am also a great believer in ‘the BEST,’ but the best command higher fees, so finance is always a major consideration. There is a saying in the business that ‘the closer you are to London the harder it is to run a festival.’ One needs to stand out from everything else that is going on, so my strong conviction is to offer the extraordinary. I sometimes wonder whether people realise just what an extraordinary calibre of artists come to play in Wimbledon.

In the first year we had 10 concerts [now we have 17 evening events and 4 at lunchtimes] and every single one received a standing ovation. We offered unexpectedly high quality. Now it seems a given and standing ovations are much less common, although the artists are of ever higher standing. When we started the lunchtime concerts with the Yehudi Menuhin School, the retiring collection was three times higher than we achieved last year. Perhaps familiarity breeds contentment!

In terms of the festival’s contribution to the local community, you have been working with the Merton Music Foundation over the years. Can you tell us about these projects?

I believe that the future of classical music depends on children being given the opportunity to experience it. Music and arts education have been cut in schools which is tragic, as it has been shown that confidence is built through music, and group performance and singing. Everyone knows the value of the arts, but when will the politicians start believing in the values of a wider education?

It seems to be left to the charities, such as Merton Music Foundation, and ourselves – supported by the Arts Council I am keen to add – to do what our resources allow to take music into schools. Only yesterday I spent the day at a primary school where, with WIMF support, children were intensely involved in a mixed arts programme with Sonoro Choir based on the Festival theme this year of Music – Mathematics – and Architecture. It was amazing to see how well the children listened, and then how quickly they learned first rhythms, then several songs with words. In the afternoon, they learned about bridge building through art.

How do you introduce younger people to classical music?

Introducing young people to music is the future so I have invited people to bring their grandchildren along to the concerts for just £1. When they haven’t heard this type of music before, they are scared to attend events like ours. I think that classical music is a great gift for people’s souls, and it shouldn’t be trivialised. When you go to a classical concert, you have to concentrate for a longer period of time, but this is the beauty of it. We also have a series of free lunchtime shows!

On Wimblecomm, our aim is to bring people in Merton together utilising the many wonderful community spaces that we already have. We can see that the Wimbledon International Music Festival uses a number of these community spaces, what happens at all these venues?

We are fortunate in Wimbledon to have some churches with fine acoustics. St John’s, Spencer Hill is where we have our wonderful Steinway concert grand each year, and it is perfect for solo recitals and small groups. Unfortunately, it is not available to us on Fridays and Sundays. We then go to Trinity in Mansel Road which has a fine raised stage, good acoustics and excellent sightlines. This is where we have brass, and percussion, larger groups and a ‘reduced’ Philharmonia orchestra by building out the stage.

Sacred Heart is magnificent for our major choral works. This year we open the Festival there on November 9th with Haydn’s magnificent ‘The Creation.’ The church also hosts Armonico Consrt with Baroque Players and the English Cornett & Sackbut Ensemble, in the exciting story of the Popes and music for the great architectural spaces of Venice, Rome and Florence. Land of Pope and Glory event details here.

However, our community lacks any major space for larger performances for massed choirs, dance, full orchestra. This is why I am heading a charity, The Wimbledon Concert Hall Trust, intending to build a great Frank Gehry concert hall on the open-air parking space in Wimbledon Town Centre. Plans are already drawn up by this world-famous architect and funding discussions are in full swing. It will be a life-changer for Merton and the whole area of SW London and Surrey.

The fact that you successfully run this festival every year and manage to bring so many great artists to perform in Wimbledon sometimes means that people forget that WIMF is a charity. What challenges do you face as a charity?

As a charity, we are not here to make money, but to provide. However, as a business we have to survive. We require the support, both moral and financial, from our community. And remember when you give, Gift Aid or Charitable giving can have significant tax advantages – as well as being a great service to the community and making this part of London a more exciting and better place to live.

How can local people in the Merton community get involved with the festival and support the WIMF?

Most importantly by coming to the concerts we offer. This is the best support possible, enabling more great music in the future. We exist to support the community. If the community don’t attend, we don’t continue.

The theme this year is Music, Mathematics and Architecture. Indian music is very mathematical and written to quite specific algorithms. On Sunday 10th November at 6.30pm at the Trinity United Reform Church, From ‘Zero’ to ‘Infinity will explore music in terms of architecture, but don’t let the complexity put you off.

Every year there are there are 3 of 17 concerts that don’t sell as many tickets as they should, and these are the ones that tend to be the gems of the festival. I believe most passionately about quality, especially in a crowded market, so do not be afraid to try something new and witness our chosen artists perform live for you. See what’s on and purchase your tickets here.

For more information on the WIMF, please visit their official website and do attend one or more of their shows from this year’s schedule.