Leading Up To The Da Vinci Requiem – Part III 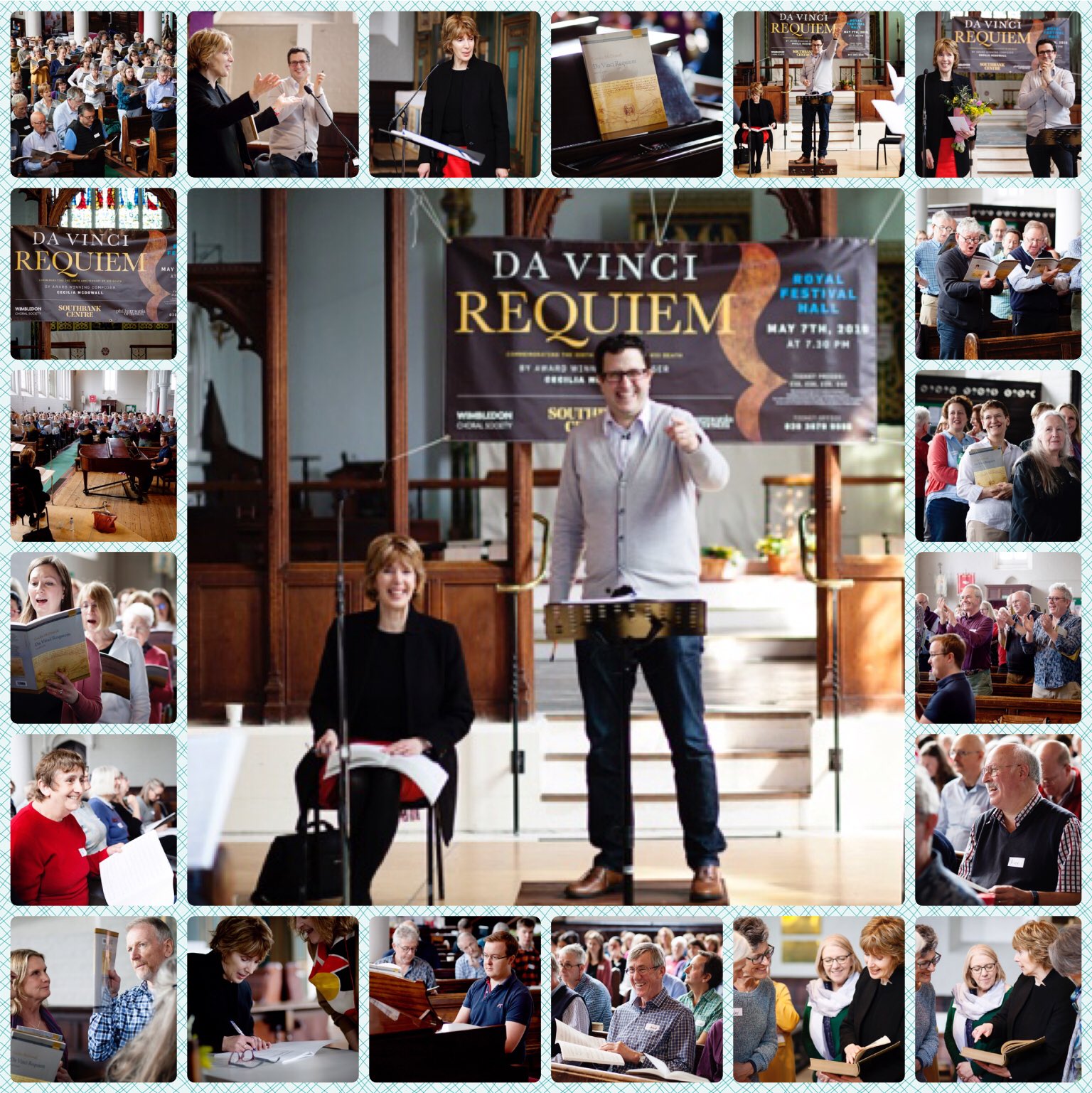 As we draw nearer to the world premiere of Cecilia McDowall’s Da Vinci Requiem at London’s Royal Festival Hall, Gail Moss shares an exclusive series of blogs following the Wimbledon Choral Society’s journey from January 2019 to now. Earlier this week we shared Part I and Part II which covered some Wimbledon Choral society history, their first rehearsal for the Da Vinci Requiem, and an insight into the hard work that has happened since. Today we continue with Part III which completes this blog series and leads us to our final countdown to the live show on Tuesday 7th May 2019.

It’s a balmy day in early spring, which means the concert is getting closer! We’re at a Saturday workshop on the Requiem with Cecilia McDowell herself. This will be the first time she has ever heard the piece performed, so we have to raise our game.

At the packed event, Cecilia tells us why she decided to base her work around the celebrated Renaissance painter and inventor. She has followed the traditional requiem structure, using the conventional Latin text but also lighter, more philosophical ideas in English taken from the Da Vinci Notebooks, Leonardo’s collection of writings on a huge range of subjects. Cecilia was fascinated by a copy of the notebooks in her family’s possession, so the 500th anniversary of Leonardo’s death in May this year made a requiem for his life an obvious idea for the commission.

She tells us her thinking behind each section, before we perform it in a mini-rehearsal with more coaching from Neil. Parts of it are really coming together now. More and more phrases sound familiar and we sing them with confidence. The notes are becoming embedded in our consciousness and we’re able to infuse them with feeling. Cecilia tells us she thinks our singing of the Agnus Dei (Lamb of God) is “moving”. The “tears, tears” we’re enunciating in the Lacrimosa now really do sound like crying. And at the end, our voices rising higher and higher while fading away seem as if souls ascending to Heaven.

So nerves have been soothed for a while. But there’s still a lot to do before we’re ready for the paying punters at the Festival Hall.

Will we do it justice? What will it sound like with a full orchestra and soloists?
And most importantly – what will the waiting world think of it?
In less than a month, we’ll find out …

The Da Vinci Requiem by Cecilia McDowell will be performed on Tuesday 7th May from 7.30pm at the Royal Festival Hall by Wimbledon Choral Society, conducted by Neil Ferris, with soloists Kate Royal and Roderick Williams and the Philharmonia Orchestra. This is a show that you do not want to miss, so click here for more information and tickets.

You can also follow the Wimbledon Choral Society on Twitter as they continue their daily countdown, the Da Vinci Daily, in the lead up to the world premiere of Cecilia McDowall’s Da Vinci Requiem.