Leading Up To The Da Vinci Requiem – Part I 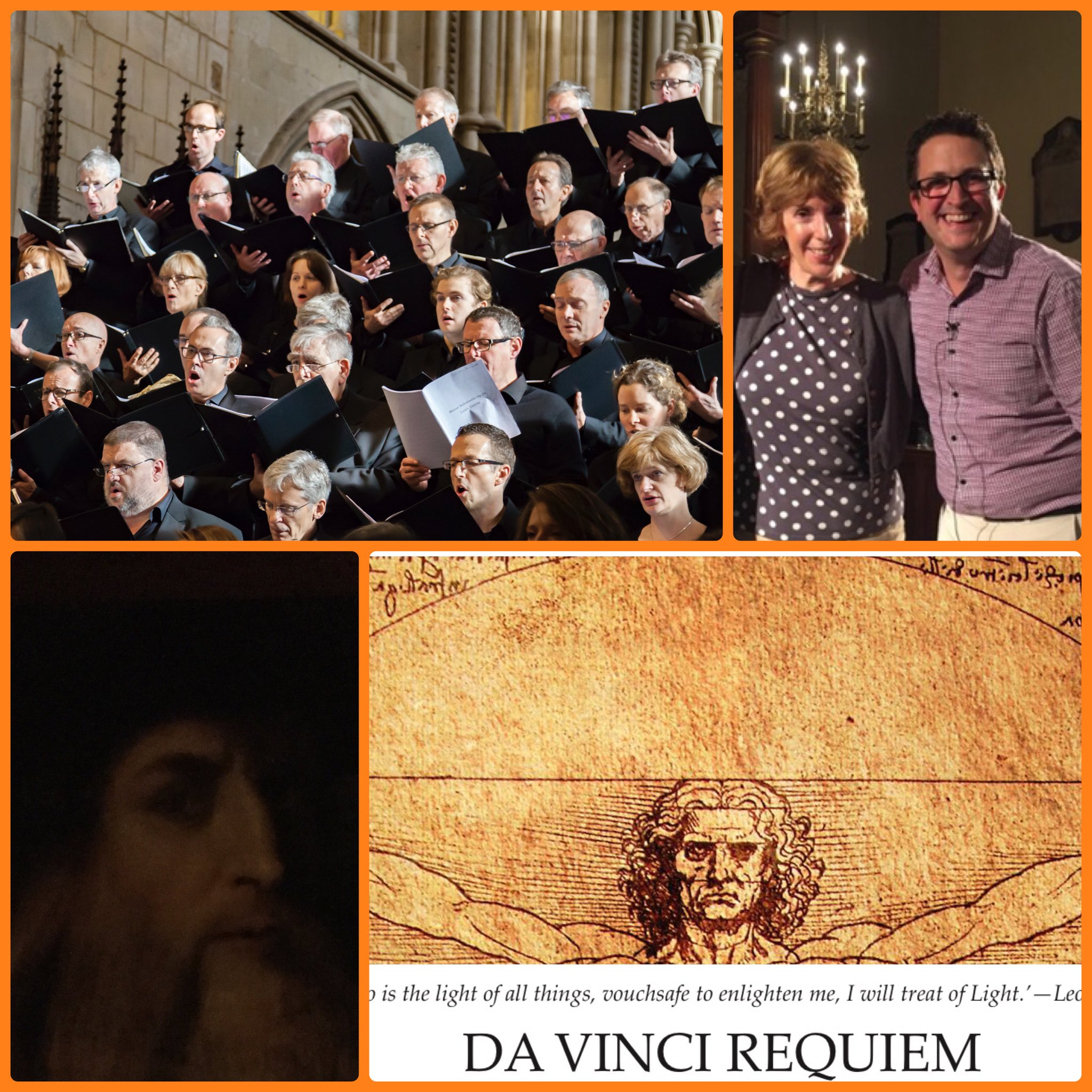 As we draw nearer to the world premiere of Cecilia McDowall’s Da Vinci Requiem at London’s Royal Festival Hall on 7th May, Gail Moss shares an exclusive series of blogs following the Wimbledon Choral Society’s journey from January 2019 to now.

A cold dark night, and it’s the first rehearsal of the new term. There’s an air of excitement as we pour into St Mark’s Church and queue up to collect our music scores. But it’s not just the usual thrill of seeing the music we are to sing at the next concert. This time, we are being given copies of a work that no-one has ever sung before – the Da Vinci Requiem, by celebrated British composer Cecilia McDowall. It is the first large-scale work that Wimbledon Choral Society has ever commissioned. And we’ll perform the world premiere with starry soloists at the Royal Festival Hall next May.

A look inside my pristine score, and it is daunting. There are a worrying number of sharps and flats and some of the rhythms look very eccentric. This is not your usual sing-a-long-a classical composer stuff, with a hummable tune and an easy beat. But that’s how modern composers write these days, as they constantly search for new and exciting ways to express themselves in music. And we can’t perform old faithfuls like the Messiah every concert.

Like all requiems, the Da Vinci piece is in several sections. We start at the beginning, singing from sight. Of course it’s a battle, but with well over a hundred singers some of us are bound to get some bits right at least some of the time! A few sections are more straightforward however, and already we can tell it is going to sound really good – if we can nail it.

Over the first two rehearsals we somehow get through it and Neil, our conductor, seems happy enough. But now the hard work begins, and we know we have to deliver. After all, We Are Wimbledon (Choral, not AFC.) Although did you know there is an important connection between our choir and the mighty Dons?

Both of us started life on Wimbledon Common. The fledgling football team played on the grassy expanse in the last years of the nineteenth century, using the Fox & Grapes pub as changing rooms. The Choral Society had rather more noble aims – our first concert, also on the Common, was in 1914, intended as a benefit for refugees fleeing Belgium after the outbreak of World War I. In fact, it was to celebrate our hundredth season (2014-15) that we commissioned the piece we are now rehearsing from Cecilia. And the concert will be the culmination of much hard work by our musical staff, committee – and us of course!

If like us, you can’t wait to hear more, visit the Da Vinci Requiem event page and secure your tickets for the 7th May today! Also stay tuned to the Wimblecomm blog for Part II and Part III of our Leading Up To The Da Vinci Requiem blog series coming out this week.