Friends of Wimbledon and Putney Commons 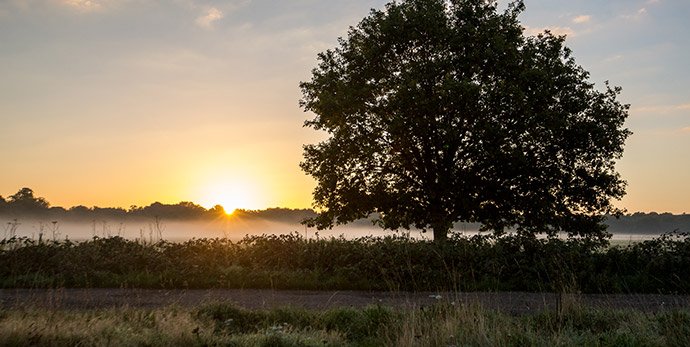 For years, what many of us have referred to as The Common has been a major part of our town and community, and one that we so often visit for leisurely strolls, outdoor exercise, or events. In this article, the Chairman of Wimbledon and Putney Commons Conservators Diane Neil Mills shares its history, details on how this wonderful outdoor space is maintained, and how you can be a part of it moving forwards as they launch Friends of Wimbledon and Putney Commons.

Wimbledon and Putney Commons were established by an Act of Parliament in 1871 that transferred the land from Earl Spencer to a Board of Conservators and placed a duty upon them ‘to preserve, protect and enhance the Commons for the purposes of exercise and recreation’.

The Commons provide 1,140 acres of public open space comprising Wimbledon Common, Putney Heath and Putney Lower Common. The diversity of landscape and ecology distinguishes the land amongst open spaces in London. Designated as a ‘Site of Special Scientific Interest’ and a ‘Special Area of Conservation’, the Commons comprise a mosaic of ancient heathlands, acidic grasslands, woodlands and wetlands and provide an important home for wildlife.

The Commons are primarily financed by a dedicated levy on residential properties that are within three-quarters of a mile of the Commons or within the old Parish of Putney (circa 45,000 households). Governance is provided by the eight Conservators, five of whom are directly elected every three years from the levy-paying area and three appointed by government departments.

The Commons are managed by a team of 23 staff, most of whom live on site for the ‘better performance of their duties’. Five mounted Keepers patrol the Commons on horseback ensuring that the Commons remain a safe and enjoyable place to visit. The Maintenance Team is responsible for the entire estate management and the Richards Evans Memorial Playing Fields are managed by a small but dedicated team of groundsmen. The Head Ranger at Putney Lower Common is responsible for patrolling and estate management. There is also a small team of office staff supporting the Chief Executive.

The Commons have a rich heritage, having served as the inaugural home to the National Rifle Association, the first meeting of which was attended by Her Majesty Queen Victoria on Monday 2nd July 1860. Firing the first shot from a Whitworth Rifle, the Queen hit a bullseye and to much cheering and applause, she declared the meeting officially opened to a 21 gun salute.

The London Scottish Golf Club, the second oldest club in England, opened in 1864; the 18 hole course is now shared with the Wimbledon Common Golf Club.

At the heart of the Commons stands the Grade II* Listed Windmill built in 1817 by Charles March, a local carpenter. It ceased to be worked as a mill in the 1860s and was converted into six cottages on two floors. It now hosts England’s only museum of windmills with free entry on weekends. More information can be found here.

Wimbledon and Putney Commons are a place for people and engagement with the local community is integral to all we do. Our Stakeholder Group includes a broad range of representatives, from local residents’ associations, amenity groups and users of the Commons providing a forum to disseminate information about our plans and on-going work and to receive views regarding any issues affecting the use of the site.

The Commons are used for a wide range of events, from the weekly Parkrun to the annual Bookfest. Our work as stewards of the Commons is to endeavour to strike the right balance between use for more formal recreational activities, whilst ensuring that other users enjoyment of the Commons is not adversely affected. If an organisation is interested in holding an event on the Commons, we ask that organisers contact the Ranger’s Office, details for which are set out below.

In recognition of the passion and commitment within the local community for the Commons, the Conservators are launching the ‘Friends of Wimbledon and Putney Commons’. It is an opportunity to support the Commons and contribute towards the upkeep of this unique piece of countryside in London. A special event to mark the official launch of the Friends took place on the evening of the 20th September 2019 at the Windmill, so if this is an opportunity that is of interest, you can find out more information and get in touch via their official website.