About a year ago, I was venturing out of my home for the first time in more than two months.  Despite having been managing the Commonside Team remotely, there was a lot to catch up on.  And part of me was thinking about some of the projects that we would not be able to do for a while, because we were focusing so much on essential community services.  In particular, our commitment to doing some drama projects and working with young people, and specifically, working on sharing stories and story-telling.  I had envisaged telling stories around an imaginary or virtual fire.  We thought this would really help people to enjoy learning about others’ cultures and traditions, build cohesion and social capital.  I hated shelving all of this and was uncomfortable that we had, because of the extra-ordinary circumstances in the country, become a very operational, functional, earnest organisation.  This was needed, yes, but where was the shared enjoyment, the laughter, the human connection?  Part of us – the vibrant Commonside team – was missing.

Thinking about how to introduce just a little art and creativity in a meaningful way led me to consider some options:  who did we know with skills and talents, who could ‘speak’ for the community?  Eventually, after a few days of telling myself not to think too hard about it and to let the creativity build somewhere at the back of my mind, I did have some ideas that I shared with a journalist, a graphic artist, a theatre director, some local people and some actors.  We didn’t all know each other but some of us knew some of us, so between us we were connected.

I worked with the journalist on a series of questions that we would ask the ‘diners on the wall’.  These diners were people who came every week-day to receive a hot meal at lunchtime and were given advice and support when needed.  Some lived in one room in shared accommodation, some had no home, some did have a home but were completely isolated.  We had to wade carefully through what was legal, what was safe, what was healthy, from March 2020 onwards, to reach these people as best we could.  Those who could, sat on the wall outside the New Horizon Centre and ate their lunch.  It was such an odd arrangement – these people sitting spaced away from us and each other on a low wall, often on hot days, eating hot food out of a take-away container with a fork.  All sorts of people served them their food, including staff, volunteers, councillors and at times, the local MP.  The food was cooked inside in our kitchen to be delivered also to a number of older people who could not leave their homes.  There was something touching, and equalising about this.  Here we were, all of us, doing our best.

So once they had been fed, on a series of hot summer days, the journalist asked them a series of questions.  Just as a way to start the conversations.  They were all asked the same things – to give it some shape.  With their permission we recorded these conversations and then sent them to Richard Reid, Director of Black Arts Production (BAP) Theatre in Tottenham.  We had been planning to work with Richard but couldn’t meet up, let alone work.  We emailed the sound-files.  Then Richard set about matching four conversations to actors.  He didn’t know who had done the interviews and it didn’t matter – what mattered were the feelings they described.  Richard had to dash in and out of safe times to meet and on- and off- video platforms to get the pieces created, coached, rehearsed and recorded.  He had to find someone to help him edit the film.  Neither of us had worked in this way before.  At the very end, when we had the actors’ pieces all completed, Richard then had to spend several days in a technological wrestle with the film, to get the credits to run at a speed that could actually be read.  We both learnt so much.

So for all this, and for the fact that personally, I have never even had an idea for a piece of drama, let alone co-produced it, I am so immensely proud to be able to share with you the ‘Diners on the Wall’ short film. 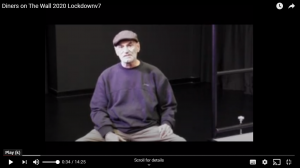 Click Diners on the Wall to view the Film. 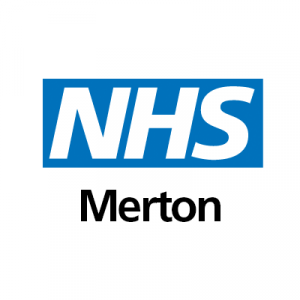 Covid-19 Vaccination for Children and Teens – Share Your Views 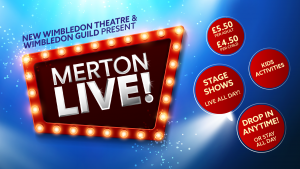 MERTON LIVE! Is Back